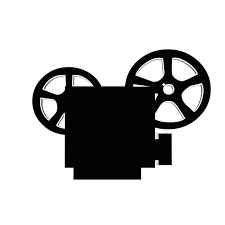 Wes Anderson’s latest film, “Isle of Dogs,” displays his unique directing style in spades. One of the film’s greatest downfalls, in fact, is that it is perhaps too heavy-handed in Anderson’s symmetrical aesthetic and stilted dialogue.

Whereas Anderson’s reserves his style in his similarly framed, stop-motion film “The Fantastic Mr. Fox,” he doubles down in “Isle of Dogs.” Nearly every shot, though admittedly beautiful and remarkably well- crafted, sticks to Anderson’s penchant for symmetrical backgrounds. Furthermore, Anderson’s way of producing dialogue is unapologetically Wes. The style—stiff formal, but, in this writer’s opinion, charming all the same—behind the script can be enchanting to fans or menacingly boring to the unimpressed. And if you don’t much appreciate the dialogue you are frankly out of luck with this film; there isn’t much in the way of hard-hitting action, at least none that could compete with its concurrent Avengers blockbuster.

The only things to save the film without the charm of the speech are the stunning visuals and the impressive soundtrack, largely composed by Alexandre Desplat. But, boy, can they carry this film. With the possible exception of the American exchange student, every visual aspect of this movie overflows with care and beauty. There is a scene that depicts a chef preparing sushi which would have been decently impressive if it was a filmed actor, but instead it is all painstakingly done in stop-motion animation. Every moment of the scene is stunning and, weeks after I had initially watched it, the elegant and smooth execution makes me shudder. Regardless of any of its shortcomings, the gorgeous animation cannot be undersold or under-credited.

Though it would be dishonest to hold it to anywhere near as high esteem as the visual execution, the plot should not be put to the side and shunned. Admittedly, the story handles a fairly straightforward arch: dogs are banished and a boy goes on a journey to find his dog. That is, of course, an oversimplification of the plot, as there are many more details, intricacies, and nuances (which, for the sake of time and avoiding just becoming a droning summary, I will largely omit). But while the story may, at first glance, appear to be simple and childlike, this film does not much suit children and deals with fairly dark and complex matters. A nation has been turned against a conquered and suppressed group (dogs) primarily through the propaganda and convincing of an elitist (cat-oriented) dynasty. A corrupt ruler ignores the cure to an epidemic for the sake of his own anti-dog agenda and instead has the responsible scientist assassinated.

Yes, children may be charmed by the classic boy and his dog story or by the mere presence of fluffy, talking dogs, but a large part of the film would be boring and lost upon a child. “Isle of Dogs” was destined to fall short on the consumer end, what with the heavy-handed Wes Anderson style that could not be any more hit-or-miss in this film and being released about at the same time as “Avengers: Infinity War.” However, if you find yourself tired of the barrage of superhero blockbusters or with a hankering for movies after exams, Anderson’s film could sneak its way into becoming one of your favorite films of the year.