Posted on February 4, 2017 by magisstrakejesuit 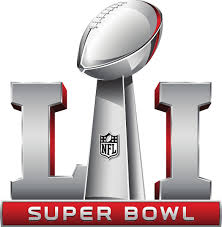 Houston is set to take on Super Bowl LI (51) at NRG Stadium Sunday, February 5, 2017, at 5:30 PM. President George H.W. Bush and First Lady Barbara Bush will perform the ceremonial coin toss at the start of the game.

This is n0t the first time that the city of Houston has had the privilege of hosting a Super Bowl, the city has hosted two Super Bowls in preceding years. Super Bowl VIII in 1974 was held at Rice Stadium and functioned as the first Super Bowl to be held at a non-NFL franchise site. Super Bowl XXXVIII was held at Reliant Stadium in 2004 (currently known as NRG Stadium). In order for a city to be eligible to host a Super Bowl, it must bid for a spot with the NFL. For this year’s Super Bowl LI, Houston contended with Miami to host. Houston won the bid because of the renovations that would be necessitated for Miami’s stadium along with Houston’s capability to accommodate the NFL’s specifications and willingness to acquiesce to their terms.

The matchup will feature two very powerful offenses and athletic defenses. The result of the game will likely be decided by the defensive side and how well both teams are able to stop its opponent’s powerful receivers. The more powerful defense will undoubtedly carry the day. The New England Patriots have a 4-4 (.500 winning percentage) Super Bowl record, while the Atlanta Falcons have a measly 0-1 record. The Patriots are competing in a league record ninth Super Bowl and are favored to win the game by 3 points.

While cities experience an influx of visitors, ticket prices for this year’s Super Bowl have dropped steadily since January 23rd. The average price of tickets on the 23rd was at $5,650; however, average ticket prices were at $3,009 since January 31st, a $2,641 difference in average prices that accumulated in just 8 days. The decline in prices was catalyzed by the Cowboys losing to the Packers, and a Patriots vs. Cowboys Super Bowl game playing out would have been monumental in terms of ticket prices. Despite the Cowboys loss, the possibility of having a Super Bowl with the Steelers vs. Patriots or Packers vs. Falcons subsequently would have raised the price. After the AFC and NFC championship games, ticket prices began to dwindle. While these ticket prices have decreased significantly, it may prompt more people to buy tickets and attend the game.

The ability to host the NFL’s Super Bowl is seen as a lucrative privilege. In fact, it is highly sought after by teams and cities all around the league. The event brings in almost a million wealthy individuals and large events which that benefit the city’s commerce in the short term and possibly provide a long-term boost to the economy with hundreds of millions of dollars worth of publicity for the city and the team.The Super Bowl is a sought-after method of stimulating a city’s economy though economists are often skeptical that hosting the event provides such a significant benefit. Still, because of the opportunities that the event provides annually for a host city, cities will fight for the rights to host. Cities are willing to cut incredibly large expenses for the NFL and its services, to compete for a bid against other cities, and attempt to one-up each other.

The NFL takes advantage and creates increasingly drawn-out regulations and benefits to cut its expenses. There are approximately 153 pages of them, with almost every type of expense conceivable. Among those expenses: all revenue from ticket sales to the game, exemption from state, county and municipal taxes, costs for new portable cell phone towers, use of Presidential suites at the city’s top hotels at no-cost, free access to three top golf courses in the months before the game, free police escorts for both teams, and 35,000 free parking spaces which could all total nearly $5 million dollars in total services aside from all other operation costs.

This event has been diligently orchestrated all the way up to the last minute in order to be a success. The city will take an estimated 1.25 million dollars in losses (mostly because of public transportation costs) but the city will reap the economic boost and will feel the positive impact of the event. Event festivities began Wednesday, February 1st, and the country and the world are waiting in anticipation for the event.