ENGLISH TEACHER WITH AN INTERNATIONAL FLAIR

Posted on October 13, 2016 by magisstrakejesuit 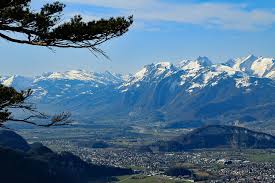 What do Hungary, Austria, the Beatles, and Tex-Mex cuisine have in common?  Our new English teacher, Mrs. Beata Vale. Born in Hungary, raised in Austria, and educated in England, Strake’s new English teacher, Mrs. Vale, is an international sensation. Her sophisticated and cultured interests include a love of classical music, painting and writing.  She comes to us from afar because of her Texan husband, and she is quickly feeling at home in the Lone Star State and here at Strake Jesuit.

Growing up in Salzburg, Austria where her parents and younger sister still reside, Mrs. Vale developed an affinity for reading and hiking. Her deep interest in literature, especially her love of poetry, began when she was a young girl.  When she wasn’t spending her spare time reading, she would hike Mount Untersburg in the Alps.

So, what does someone who comes from one of the most scenic and beautiful regions of the world think of Texas?  She loves it!  What she really appreciates about H-Town is the fact that it is such an international city, and of course, the food. Her favorite cuisine remains Austrian dishes from home, and if she would have you over for dinner, she might prepare sauerkraut and beef. Still, she has become very fond of Houston’s own Tex-Mex food.

The attraction of Mrs. Vale to Strake Jesuit was immediate and somewhat profound. When she set foot on the grounds for her interview, she instantly realized that it was a special campus with its openness and vast green space. Her impression was enhanced by finding that “everyone was very kind and dedicated.” Being raised  Catholic gave her additional desire to teach here at Jesuit, since she was confident in the Catholic ethics that would be evident in our community. Her first month proved a challenge, requiring much hard work and dealing with many diverse personalities. However, she is so drawn to this place because “here at SJ, students and teachers talk about their faith very openly and it’s important to them.”

This international woman, who claims that the two favorite places she has visited are the Lake District of England and the desert of West Texas, has had one event in her teaching career, so far, that she is the most proud of. While teaching at University of Oklahoma, she had a student that was suffering from such a severe case of ADHD, that she didn’t see any way that this particular student wouldn’t fail. However, with her perseverance and the student’s individual efforts, she was able to see him succeed on his final exam and pass her class, a proud moment both for her and for the student.

The most significant inspiration for Mrs. Vale to pursue a teaching career was her English teacher from the time that she was 11 years old. This mentor was vital in forming her academic life and motivating her right up to three years ago, when she finished instructing Mrs. Vale about how to be an effective teacher. Her primary reason for becoming an educator was because of the great influence that teachers had on her earlier in life. “They worked really hard to get me where I am, so that’s what I like to do for my students,” Mrs. Vale explained. Speaking for Mrs. Vale’s English 2 class that I am in, we are grateful for that!