Posted on September 29, 2014 by magisstrakejesuit 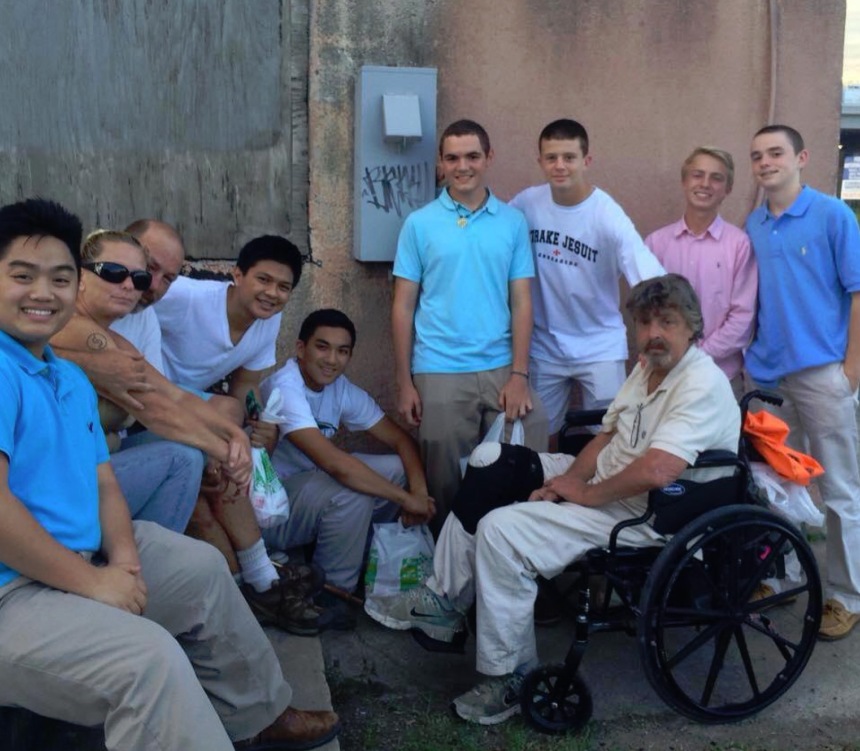 This week’s article on unsung heroes addresses the Labre Project, a group of students that bring food to the homeless in downtown Houston on select Fridays and Saturdays each month. The purpose of the Labre Project is not just to feed the homeless, however.  Its goals also include forming friendships with those in need so as to reveal how people from different backgrounds and current situations can still come together. The current members of the Labre Project at Strake Jesuit are Taylor Ly, Brandon Bain, Eddie George, Aidan Skipper, Michael Keene, Edy Xiquin, Mitchell Ilag, and Roberto Brunel.

The Labre Project is named after St. Benedict Joseph Labre, the patron saint of the homeless, and was started at St. Ignatius High School in Cleveland, Ohio. It has since spread nationally as alumni of the project introduce the program to colleges they attend, and later to the places they work at. The Labre Project reflects the Jesuit value of being a man for others by going out of one’s way to serve others in the community and offer them friendship, even though society places a sort of taboo on interaction with the homeless.
Although Strake Jesuit’s Labre Project has only recently started up (initially by former SJ faculty member Mr. Craig Martin in 2012), they have already gone to their first Labre Event, and expect their group to continue to grow in the future as the group attends more events.